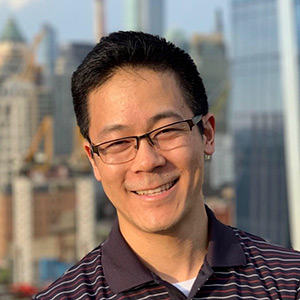 Grant Hiura has been a lifelong member of the bleeding disorders community. Diagnosed with severe hemophilia A at birth, he grew up in the San Francisco Bay Area, where he was heavily involved with the Hemophilia Foundation of Northern California and attended Camp Hemotion as both a camper and counselor. In 2013, he moved to NYC to work as an Education Specialist at the National Hemophilia Foundation, where he developed and managed educational programs such as the National Youth Leadership Institute and Steps for Living. Grant then worked as a Data Manager conducting research in respiratory epidemiology at Columbia University Irving Medical Center.

Grant received his BA in Molecular and Cell Biology at the University of California, Berkeley in 2013, and his MPH in Epidemiology from the Columbia University Mailman School of Public Health in 2018. In July 2021, Grant will begin medical school at the Loyola University Chicago Stritch School of Medicine. Grant also plays jazz piano and hopes to continue playing throughout medical school!