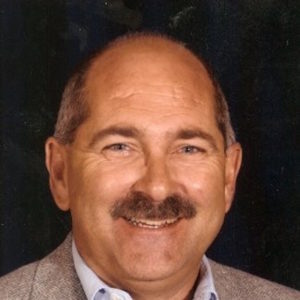 Since joining the Alliance in 2006 Joe Pugliese has lead the organization through a succession of successful transitional events that have brought tremendous value to the member organizations (HTCs) and the patients they serve. The Hemophilia Alliance (HA) asked Joe to serve as president in 2008. Joe has lead the organization in an evolution that has seen the membership triple to 100 centers today. In addition, he has greatly expanded HAs capabilities. It is clear the Alliance is has developed into the go to organization for a wide variety of services and expertise designed to assist centers in remaining viable and competitive in an increasingly challenging and changing healthcare marketplace. He has consistently worked to make the centers more focused and capable providers for the hemophilia community. It was Joe’s vision to expand the Alliance capabilities into advocacy, operations and the increasingly important payer space. In 2010 he went out and developed the unique capabilities that The Alliance Pharmacy another 501(c)3 organization possess. It has proven to be serendipitous that we have the pharmacy and distribution capabilities available from TAP.

He created the Hemophilia Alliance Foundation as an enduring vehicle and symbol of the HTC’s membership commitment to reinvest in the community at the national and local level through an independent 501(c)3.

Before becoming President, Joe maintained a long and meaningful history with the hemophilia community, since joining Armour Pharmaceutical in 1978 he has been a tireless advocate for the community in fact he was recognized by the National Hemophilia Community as the first ever person to be officially recognized as such.

In the last decade, through volunteer commitments in advocacy and by serving on the boards of The Alliance Pharmacy, (TAP) Thrombosis and Hemostasis Society of North America (THSNA), World Federation of Hemophilia USA (WFH), the advisory committee of American Thrombosis and Hemostasis Network (ATHN) and by his professional commitments in leadership and building the organizational capacity of the Hemophilia Alliance he has demonstrated a unique commitment and ability of achievement on behalf of the community.

Joe has a track record of success with the broad and complex community in which the Alliance operates. He is well known and respected across all sections of the community. In recognition of what Joe has accomplished to date and with an eye towards leading the organization through the changes we are facing he was promoted to President and CEO of the Hemophilia Alliance.